During the day, Jack sits behind a newspaper, a desk, a coffee cup,
office worker props and a calendar he bought himself for Christmas.
There are times at work, he thinks he’s invisible
but he’s all too noticeable when his eyes wander too low
while talking to the boss’s personal assistant, or if
he thought he could slip off early to lunch, or have tea
at McDonald’s. During the meeting, they talk over his head;

he realizes he’s usually invisible there. He sits back,
twirls his pen over an idle notepad. No one asks
for his opinion
regarding his paper tray and what goes in it; then the meeting
ends on a hanging question as the answer dies
of asphyxiation.

At the day’s end, he turns visible enough for a colleague to ask
if he would like to join them for a drink at the pub where underaged girls
puke their guts out in toilets with black marble floors and older men
pretend they still got it. So while he sits there with them
with his 20-something face and his 30-something heart,
his 40-something mind just can’t keep up,
his jokes come too late, too inappropriate;
and it won’t take long before they make him invisible again.
Posted by Ravenblack at 11:22 AM No comments:

Grandfather is sitting in his rocking chair
asking for the time again. Little Sally,
only nine, is flustered, her play
interrupted. She’s tired of reminding
an old man with a broken hip,
a severed mind, what time it is.

If he asks again (she warns him),
she is going to go play somewhere else
and leave him by himself.

Grandfather looks at her, his eyes
salty. She resumes talking to her dolls;
neglecting the dry old man whose gaze
wanders back to the clock on the wall.

“What time is it?” he asks. Little Sally

Grandfather rubs his wrists; he cannot say.
Posted by Ravenblack at 11:23 AM No comments:


The wind whispers sounds through
a keyhole like someone sympathizing
with his troubles or mocking him;
one eye catches that breeze
as it searches the room,
unable to touch the woman
sobbing at her dresser.

Glass shards on the floor
from a picture flunk far
across the room,
the corner of a wedding photograph
lying faced down;
he can see the date when
it was taken; the pencil lines say
1995 is fading, blurred by too much handling
before it was imprisoned in a frame,
the children’s present for their anniversary.

It was his fault, not locking the door.
He had the key in, but he forgot to turn it.
She walked in, finding him and his secretary
on the guestroom bed, doing stuff
she refused him last evening.

Finally, he hears creak of a chair, he sees
her face for a moment (guilt stabs
his chest for moment before he could
put up a shield of justifications)
as she comes to the door. She inserts
a key into the keyhole, not turning it
just letting it sit there, so that
not even his eyes can touch her again.
Posted by Ravenblack at 11:20 AM No comments:


We did not get a red car as promised
but it is fine, blue is our favorite color.
Navy blue, the color that children like
for stormy seas or heavy rain.

You turn the key, igniting the fuel for our escape;
I am in the passenger seat, sawing off chains
that bind me to a life across some great sea.

We burn the roads like the sun had burnt
our backs, breaking tarmac like the desert heat
that had crinkled our faces and cracked our lips.

If only our road trip can last forever;
just you in the driver’s seat, and me,
enjoying the breeze, watching
the storm clouds close over the skies
as the last sun beams reach down
before they drown.
Posted by Ravenblack at 12:18 PM No comments: 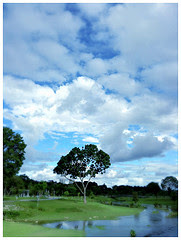